Happy Father's Day and with Good Cause 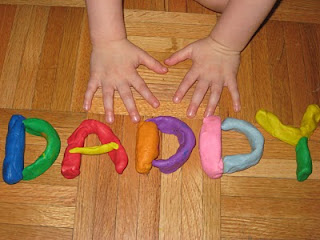 I wanted to take this opportunity to acknowledge all the dad's in the world, especially the incredibly special men in my life.

This time of year also tends to be somewhat somber for me as well as I lost my father well over a decade ago to a blood-related cancer.

I can't believe how much time has passed and how much my life has changed since.

Also, within the year of my father's death, another supportive and loving man in my life, who also means very much to me, my step-father, was diagnosed with a blood cancer too. This was just so much to bear all at once. However, I am happy to report that my step-father is a cancer survivor. Thank goodness.

Over the years, I have often been involved with charitable causes volunteering my time and services mostly in honor of people who were still living, battling or having survived disease. Let's just say that death and survival led me to explore a cause I had never thought to take part in and one where loss played a significant role in shaping my future.

These very close-to-home personal experiences with cancer led me to The Leukemia and Lymphoma Society. I was especially intrigued by an aspect of the organization called Team in Training. This facet of the organization coaches people to train for endurance events such as cycling centuries, marathons and triathlons. And, you don't have to be an athlete to join and succeed. These events are not races. For the cycling century, I signed up not even owning a decent bicycle and others had not ridden more than just a few miles at a time.

I signed up, teary-eyed, ready to embark on a journey involving training for months for a one-day 100-mile bike ride in hilly Lake Tahoe while also raising necessary funds for blood-related cancers.

While I sensed that this experience would be impactful I didn't envision it would change my life forever.

On the first day of training for what seemed like an arduous task, and it was, I happened to meet great people who had stories to tell as well. Many of these people are now life-long friends. I was also most taken by one person in particular, not only because he was cute and looked good in spandex cycling shorts, but because he was a nice guy who also lost his father to a blood-related cancer. He was easy to talk to, and funny. We became friends. He helped me train. We flirted too. We fell in love. He held my hand while we crossed the finish line of OUR first century together. We married nearly two years later.

My husband Daniel and I went on to ride and fundraise further for this important cause near and dear to our hearts. Years later, when I was in my first trimester of pregnancy, Sarah and I went out to cheer Daddy on all along the 100-mile route via car and on foot.

Sarah arrived early the next year. Since her arrival I have seen the most amazing change in Daniel as he became a daddy. He continues to be my best friend, has since become an adoring and doting father, still remains the funny person he is, and is a loving and compassionate husband. Despite our sad life losses, we have been brought together, likely from a conspiracy above, to build new life and love, and created our own new family.

Happy Father's day to all the special men in my life here now, and who have since passed on, and to all the dads in this world. Know your role in life is significant.

In honor of Father's Day, to those who are cancer survivors, and in memory of those whose lives have been lost to these terrible diseases, please join me in donating time or funds, if you can,; however much you are able, to The Leukemia and Lymphoma Society.
at June 20, 2010